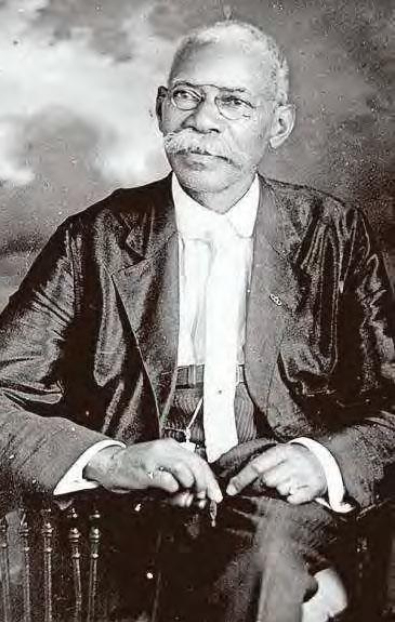 The Georgia Legislature granted a charter for a public school system in Cedartown during the 1886-1887 session. Subsequently, the first school for blacks opened January 25, 1888. The three-room school house was located on Gordon Street, now North Main Street, and was comprised of grades 1-8.

The first principal of Cedartown Colored Public School was Professor Lewis Emery Hall, who served from 1888 to 1924.

The initial enrollment was small, however in 1895 The Cedartown Standard of September 5 observed:

“The colored school started out with the largest enrollment on the first day in the history of that school. Sixty pupils entered the first day, and the principal, Prof. L. E. Hall, looks for a larger attendance.”

In 1907, the enrollment had increased to 136 pupils and two teachers.

It was 1915 when the student body marched jubilantly from the three-room school house on Gordon Street to the new four-room brick building on Cedar Hill Street. There were folding door partitioning two of the rooms which made it possible for daily assembly of the total student body. This auditorium was used for small events; however, for commencement exercises, Philpot’s Hall, A.M.E. Church, Baugh Opera House, and Cedar Spring Baptist Church accommodated the affairs.

Cedartown Colored Public School’s name was changed to Cedar Hill High School in 1924, with the addition of two grades.

A scholarship fund has been established in honor of Professor Lewis Emery Hall, first principal of Cedartown Colored Public School, which opened January 25, 1888, where he served 38 years.

Professor Hall, born in Frederick, Maryland in 1856, was educated in Washington D.C. He taught school in Frederick at Quinn Chapel A.M.E. Church school before a public school was established.

In 1880, Professor Hall left Maryland with his father Richard A. Hall, and African Methodist Episcopal minister and a founding trustee of Morris Brown College.

The recipient of the first L. E. Hall scholarship will receive $1,000 in July at the 100 year Celebration of Education for blacks in Cedartown. The fund was established by the grand and great-grandchildren of Mr. Hall; Frances Hall Travis and Janice Dobbins Laster both of Gaithersburg, Maryland, Eddie R. Weaver of Marietta, Georgia and Richard Weaver of Staten Island, New York.