If you missed the previous posts, you can find them here along with links to purchase the books:
Interview with Ann Hite & Black Mountain Series Books

Today we are posting reviews of the author’s middle two books in the Black Mountain series (reviews written by Arleigh Ordoyne) and an Author Guest Post by Ann Hite titled “A Grandmother’s View of the South During the Great Depression”. 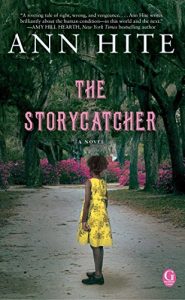 Review of STORYCATCHER
Ann Hite, 2012 Georgia Author of the Year returns us to Black Mountain with her latest novel, The Storycatcher. Shelly Parker finds herself being stalked by the ghost of a woman who disappeared generations before and eventually learns that a storycatcher spirit is trying to unravel a series of events to right wrongs both current and decades old. From Sapelo Island, Georgia to Black Mountain, North Carolina the story intertwines the lives of six women bound by violent men in life, and some in death.

Through the author’s unique multi-narrator style, we meet Ada Lee Tine, a descendant of Sapelo Island slaves, Maude Tuggle, the sensible scientific-minded healer who doesn’t believe in ghosts, Armetta Lolly, the post-Civil War missing woman, Faith Dobbins, daughter of the demented pastor, Arlene Brown, a young woman who died in childbirth and Shelly Parker, who we first met in Ghost on Black Mountain as the maid servant who communicated with the ghosts of the mountain.

This is the perfect season for a slightly spooky read and the author’s true Southern voice is apparent throughout, bringing the rich history of the North Carolina mountains and the Georgia coast to life. Reading Ghost on Black Mountain is not necessary to this story, but highly recommended. There is also a novella, Lowcountry Spirit, on the early characters from Sapelo Island. 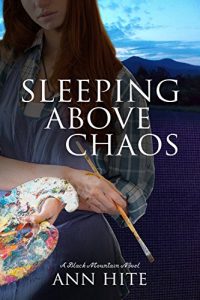 Review of SLEEPING ABOVE CHAOS
Set in North Carolina in the 1940’s and 50’s, this ghostly family saga begins and ends with one man’s miserable wrath over an entire town, and those courageous enough to defy him. Paul Allen is an emotionally explosive and controlling reprobate with ties to the KKK and politicians in his pocket. His daughter, Ella Ruth, who lost her mother under dubious circumstances when she was very young, discovers she has a maternal aunt in a convalesce center nearby. As she learns about her mother’s past, a defiance sparks inside her that will challenge the unspoken rules set forth by her father, and in the process bring light to the past that has haunted her for so many years.

This story, which is compulsively readable, follows several characters through the tail end of the Great Depression, into WWII and beyond. As it steadily builds, intertwining the lives of Ella Ruth and the sheriff’s sons, Buster and Lee, the reader is pulled in and subsequently delivered a heartrending blow (a few times over), which seems to be this author’s specialty–along with the hauntingly beauiful writing, of course! The Black Mountain series is highly recommended for those looking for Southern historical fiction, ghostly tales, or a satisfying multi-book saga.

Ann Hite’s Black Mountain novels began with Ghost on Black Mountain, which pulls the reader into a world of spirits and Appalachian lore. Continuing with The Storycatcher, Lowcountry Spirit, and Where the Souls Go, there’s plenty of southern Gothic appeal with this series. 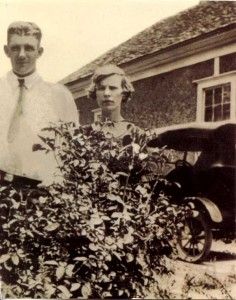 A Grandmother’s View of the South During the Great Depression

The seeds for Ghost On Black Mountain were sown early in my life from stories told by my grandmother, Inas Hawkins Lord, and her sisters. We spent every Sunday afternoon in the high-ceiling living room of Great Aunt Stella’s house. A free-standing coal-burning stove stood in the center. In the winter Aunt Stella, two other sisters, her daughters, their daughters, my grandmother, and me pulled our chairs close. The women spent the afternoon talking. I listened. If I remained quiet and still, they forgot I was in the room and told the real stories of the times when life in the South was lean and brutal, especially if you were a woman on your own.

Each family has a root system that when examined unearths stories passed from one generation to another. Our root system was based on the economic downfall of the South during the Depression era. An early photo of my grandmother, who was not quite sixteen, and J.D. Lord, seventeen, revealed a typical couple in the rural South in 1925. J.D. had a full head of hair, big ears, and a goofy smile. He wore a white dress shirt tucked into what looked to be dress pants complete with a belt. Dressy for a farm boy. A large bush hid most of my grandmother’s body, so I was unable to see what she was wearing. She stood next to J.D. with a grim look on her face. Maybe she was somehow looking into the future. The date was March 15, 1925. The South was already feeling the effects of the boll weevil. Both J.D. and Inas came from large cotton farming families. Soon after the picture was taken, their cotton fields were ravaged. J.D.’s family lost their farm. Inas’s family managed to hold on because her older brother owned a moonshine still.

By the time Inas reached her tenth wedding anniversary, she was a widow, orphan, and had buried one of her two daughters. Her farm was taken and her older brother, who owned most of the land in the area—due to his lucrative moonshine business—didn’t approve of her seeking work in the local Tavern (bar). With no place to live and jobless, Inas struck out walking down the road for the nearest city some thirty miles away. Alongside her walked my mother, age five. Somehow Inas would make it on her own but not before she accepted help from a married man and fed my mother cornbread and milk for supper more nights than she could count. Many nights she gave her portion of food to my mother so she wouldn’t be hungry. When my grandmother finally found a job, daycare consisted of a pair of shears and the Sears Roebuck Catalog. Inas placed my mother in the middle of her bed—they lived in a rented room—and told her to cut out paper dolls and not to leave the room for any reason.

In 1938 the Report to the President on the Economic Conditions of the South estimated that half of those in the South, who were employed, could not afford an adequate diet. A normal supper consisted of fat back—if they were lucky—cornbread and milk. Sometimes a family might switch up the meal with dried beans and biscuits. The idea that people living on a farm in the South ate good was a myth during the Depression. Due to the cash crop mentality the topsoil had eroded, and the drought of 1930-31 didn’t help matters.

While the cold hard facts of this period in history speak volumes about life in the South during the Depression, the stories make the era personal. Inas finally got a break when WWII began. She went to work at Bell Bomber—A Rosie The Riveter—where she saved half of each pay check. When she had enough money, she bought a four room house. In two years she paid off the home. As I sat in Aunt Stella’s living room on those Sundays, I could see the scenes my grandmother described as if it were just another day in her life. I understood in the details that hunger was one of the worse diseases a person could experience. My heart nearly burst with the thought of losing our home. Little did Inas know a writer was emerging from her history. Her stories would live.