The museum gift shop is located in the front of the building and currently offers a selection of local interest books, videos and memorabilia, as well as handmade items from local artisans. We accept CASH, CHECK, CREDIT/DEBIT CARDS, and PAYPAL. There will be an additional charge for the shipping method of choice (media mail will be used unless otherwise stated). 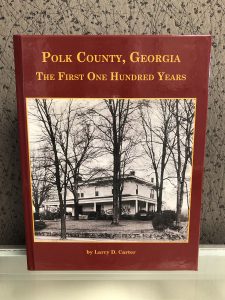 A comprehensive look at Polk County, Georgia from Prehistory to the Modern Era, this 1000+ page book includes sections on military records, Polk County officials, biographical narratives, people & places, marriages, and the earliest known histories. Filled with illustrations, maps, and photographs, this is a treasure for anyone interested in our local history. 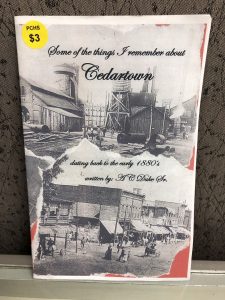 Some of the Things I Remember About Cedartown
dating back to the early 1880’s
written by A. C. Duke, Sr.
Published by the Polk County Historical Society
$3.00

This is a 6-page pamphlet with a written account of A. C. Duke, Sr. who moved to Cedartown as a child in October of 1882. It is a great resource for life in the early days of the city, recounting weather events, railroad history, buildings (and lack of), the first automobiles, the difficulty of traveling, as well as people, schools and businesses. 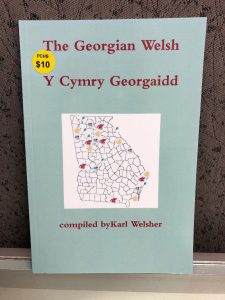 Since the founding of the St. David’s Welsh Society of Georgia in 1984, the society has included the following blurb entitled “The Welsh in Georgia” in most every publication:

Nice as far as it went, but we, WELSH, had to have had a bigger impact on the state of Georgia than just these four points. Where are our war heroes, our fancy houses, our ne’er do wells? We, Welsh, had to have them too.

So as editor of the society’s monthly newsletter, HWYL, I started digging and adding little ‘ Did You Know so-and-so was Welsh? And look what they did? And I had fun doing it! This book is a collection of over 20 ‘Did You Know’ stories about us Welsh, and hopefully as you read them your Welsh Pride about what we did here in Georgia will grow. 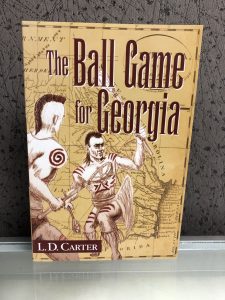 It is 1796. The young government of the Untied States is desperately trying to preserve a precarious peace within and around its fragile borders. David MacGregor reports for duty at Fort Lynch with his loyal Tuscarora guide, Takey, at his side, and embarks on the most exciting journey of his life.

The Ball Game for Georgia follows MacGregor and Takey as they encounter a rich array of Cherokees and Creeks, all struggling to define their identity and territory in this new era of European settlement and colonial government. MacGregor’s courage and keen diplomatic insight teamed with Takey’s Skills in the wild take them to the center of the conflict, where they must fight for their very lives in an ancient ritual to decide their fate. Captivating and suspenseful, L. D. Carter’s historically accurate story will entertain and enlighten readers of all ages. 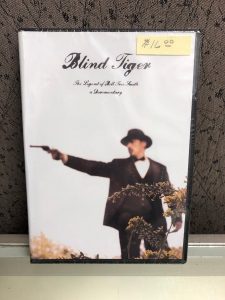 Blind Tiger: The Legend of Bell Tree Smith
A Documentary
2014

Once a thriving iron ore boom town in the foot of the Appalachians, Bluffton, Alabama has all but vanished from the map. Yet the legend of William Anderson “Bell Tree” Smith remains. This film examines the history of Bluffton through the life of its most infamous resident, whose life and death parallel the rise and fall o this now-abandoned community.

Famed for his bootlegging, clever business tactics, and general lawlessness, Smith was a legend in his own time. He is a mythical figure, still remembered and talked about over a century after his death. Yet there is much more to his story than the myths have lead us to believe. History often draws clear distinctions between villains and heroes, but Bell Tree Smith was a bit of both. This documentary dissects the myths surrounding Smith’s life and attempts to separate facts from fiction, all while exploring a long-forgotten part of the American historical landscape. 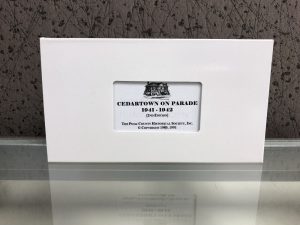