On the 4th day of our Virtual Event with Ann Hite, the author relates a genealogy trail she discovered while researching! On our previous posts this week, you’ll find an Interview with the Author and description of her memoir, a list of her Black Mountain series, and some reviews and Depression Era history. Tomorrow we’ll post a brand new book review of Ann’s memoir, Roll the Stone Away, which was just released in May 2020!

I have always found the six degrees of separation an interesting concept. In case, dear reader, you are someone who has never heard of this, I will give you the definition. Six degrees of separation is the theory that any person on the planet can be connected to any other person on the planet through a chain of acquaintances that has no more than five intermediaries.

While I researched Roll Away the Stone, I kept finding stories about my father’s family, the Swaffords. I’ve always been intrigued by this part of my makeup because I knew the least about them. Only a few Swaffords are known to me. I barely knew Grandma and Grandpa Swafford, and I can count on one hand how many times I was in the same room with them. When I was born, I made number twenty-five in the grandchildren department. They were over being new grandparents, and they lived in Florida. I know so little about my line of Swaffords. I only recently found out that my grandfather, John Swafford, died of cancer. I attended his funeral but assumed he died of natural causes, not disease. As I researched for this book, I often found the Swaffords in the foothills of Appalachia at the same time as the Hawkins, Redds, and Lords, my mother’s side of the family. Had these branches crossed paths, these people of mine?

Isaac Alexander Swafford was born on May 6, 1863, only a little over a year before his father Isaac Newton Swafford fought with the 35th regiment in Norther Virginia. When Isaac Newton Swafford returned home after the war, his family had grown to six sons. Three years after the war ended, Isaac and his wife, Alsie, welcomed another son, Harvey, into their family. Seven sons and still Alsie had no daughters. Then in 1869, the couple got the surprise of their union. Twin girls, Emma and Savannah were born. Alsie rejoiced. In 1873 Mary Lillian was born, leaving the couple with a total of ten children. When the 1870 census was taken, the couple was worth 125.00. They were farmers and the large family helped.

Family stories say the Swaffords followed John Wesley, the famous founder of the Methodist denomination, around Georgia. Of course there is no proof of this. And by the time I came along, our family was strict Baptist. When I went out on my own, I found myself drawn to the Methodist Church.

In 1884 Isaac Alexander and Henrietta lived in Forsyth County and had two children, Charles and Ada. Charles would die at the age of 6 from scarlet fever, a common cause of death for kids in this part of history. By 1900, the family had grown by 5—my grandfather John among them—and resided in Post Oak, Cobb County, Georgia. Not far from where I live now. Sometime around 1912, Isaac Alexander became a Baptist minister. Since he is buried in Sardies Baptist Cemetery next to Paper Mill Baptist Church, I have to assume this was the church where he was pastor. The church was established in 1849. I did speak with the current pastor, who checked with his oldest members, but no one knew who the pastor was around this time. And, there are no records.

Isaac outlived Henrietta by 13 years. He went on to marry Davis Mae after the death of Henrietta in 1933. Isaac died in the winter of 1946. He was born in the middle of the Civil War and died less than a year after World War II ended.

So, what does any of this story have to do with the six degrees of separation? Well, if you know anything about my new book Roll Away the Stone, you will have caught the connection or the hint to the connection. Isaac and Henrietta were married in Forsyth County and had several of their children there. When I looked for their marriage certificate, imagine my surprise to find the preacher that married them on January 7, 1882 was F.M. Hawkins, my fourth great uncle on my grandmother’s paternal side of the family. The well-known F.M. Hawkins was known for his writing and preaching and for being the co-founder of Friendship Baptist Church, my grandmother’s home church.

There was a connection between my paternal and maternal side long before my mother and father met, proving that six degrees of separation is more than a theory in my family tree. 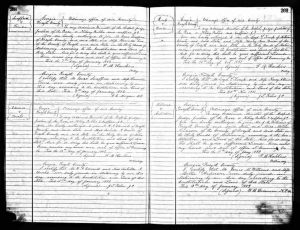 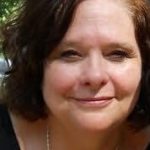